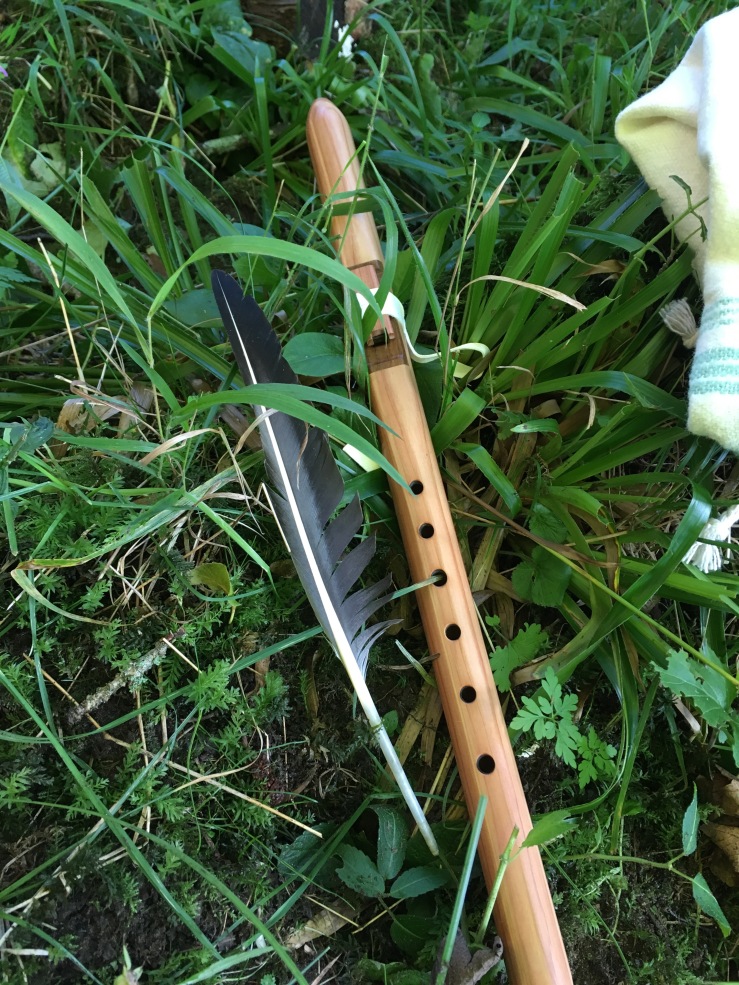 For someone who is awoken early most mornings it was surprising how rarely he got out to walk in the early light. He used to do it a lot, but he got out of the habit. He preferred instead to shake the sleep from his body and leave for work.

But this day called him, through the smallest of chinks in the curtain. A bright blue sky, wall to wall cloudlessness displayed itself and he was tempted. So desperately tempted to answer.
Leaving his sleeping lover, he crept about, finding his pants and socks while his atoms were tingling with the bright, calling sky. I’m coming. Just wait, he called silently back.

Letting the dog out of the back door they quietly swept down the garden and out. How rare it is to have such a morning, he thought. I can’t remember such a morning. Has summer been and gone already? Is this autumn I feel all about me?  Blackberries coming to ripened juiciness nodded in agreement in the tangle of the hedges. Plums dropped like precious jewels in front of his face. Apples have swelled in the weeks that I’ve been busy being distracted, he thought, guiltily. But it’s the Sun that is the real giveaway. Look how low it is, Dog. Look how He’s moved and sunk in the sky. Look how He throws long shadows that weren’t there only a few weeks ago. This passage of time is unbearable. Where have I been, Dog?

Dog looked up at him and beyond. He followed Dog’s gaze and saw the moon, waning yet fat still with the memory of recent fullness. Hanging in the sky, framed in azure, playing second fiddle to the rising Sun. They walked on, through thick dew. Onwards under the eternal relationship, they moved.

A deer stood delicate in a field, she raised her glorious head to their sound but stood, motionless and unafraid as they looked back at her. They walked on.

A faerie dell stopped him in his tracks, stopped his movement and his breath. But for his slow pulsing heart he would have been motionless as a rock, all eyes. Shadowy ferns suddenly bright and vibrant under long, groping beech trees, their shadows cast in sharp splendour by the slanting sun. Spiders’ threads criss-crossed his path, brushing his face, glistened blues, yellows, purples, golds as they gently swayed in the light. Mushrooms on a crumbling stump that was more Earth than tree-memory illuminated. Not a Being to be seen, yet his skin tingled on his scalp and he knew he was just too late to see the unseen. Like breath, they had left. Perhaps watching though, all eyes too.

As he got to the river he stood and watched it flow. Like a smooth lullaby in motion it cradled him. Looking down he saw a goose feather by his feet and he picked it up. Keep walking, he heard.

Just a little way more, he thought. I can feel hunger calling. Just a little way more gave him the mighty Stag, grazing in peace, undisturbed and traceless. What gifts I have been given, just me and Dog. What gifts of  wonder and beauty. This is always here, I see that now, even when I’m not there to bear witness. This is here, even when I am not.

Gratitude, coursing through his veins, he walked back home. 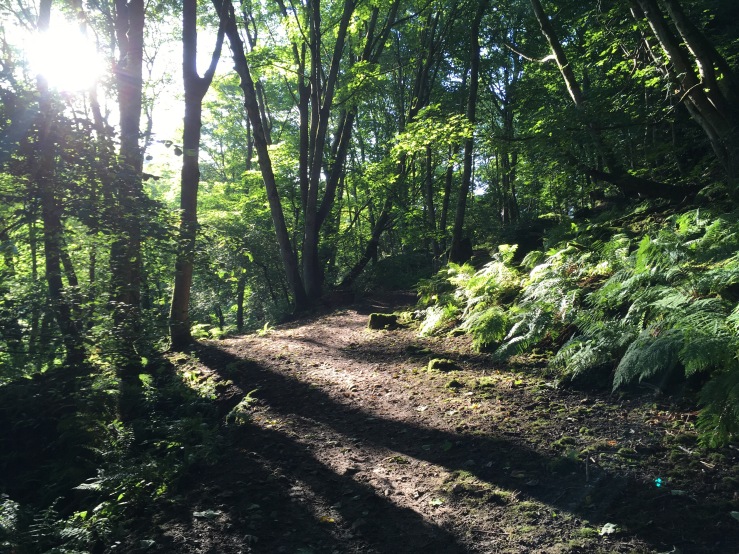 I am now able to offer Rune and Earth card readings and interpretations. If you are interested please do get in touch via commenting on this page or emailing me at teesdalehealing@gmail.com